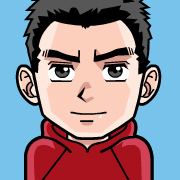 One of the main advantages of using a cloud provider, such as Amazon Web Services (AWS), is the ability to launch new instances on demand. However, it also means giving up control over physical machines and their retirement schedules; the cloud provider may terminate or retire a VM at any time for many reasons. As a business grows, the probability that one of our many VMs terminates on any given day increases, and it can rapidly become uneconomical to manually administer these instances.

The answer to this problem is automation - distributed systems should recover from failures and grow automatically.

At Quixey, we depend on distributed systems such as Zookeeper, Kafka, and Cassandra in various critical parts of our infrastructure e.g. service discovery, instrumentation, and storage for app-tier services. To ensure that these foundational services can respond to traffic spikes and VM retirement events, we have put in much effort into cluster elasticity.

Kafka is a distributed message system. Our Kafka clusters are configured with default replication factor of 3 and a fixed number of partitions for each topic. In most cases, the clusters can tolerate up to 2 failures: at least one of the 3 replicas has to remain available.

On AWS, Quixey uses Auto Scaling Groups (ASG) to manage our Kafka clusters. Each ASG is configured with a lower bound on the the number of instances, and a scaling policy to increase the size of the cluster when necessary. When instances are terminated, or when certain CloudWatch metrics (e.g. network I/O, disk use) exceed their configured thresholds, new EC2 instances are launched.

When a new instance is launched, it requests for a new broker ID using a tool called Bumper. Bumper increments an atomic integer on Zookeeper and copies it to a file on disk for use as the broker ID. Our provisioning tool then installs Kafka, starts the service, and runs a tool called Balancer. Balancer iterates through a list of strategies to determine the partitions to reassign to the new broker, such as under-replicated partitions. A different set of strategies can be written for each cloud; on AWS, for example, we are concerned about availability zone (AZ) outages, and want to ensure that each partition is replicated over multiple AZs.

The above solution has been tested in production, and works reasonably well. We are working on Balancer strategies to automatically increase the number of partitions for heavy topics, so that their messages can be spread over more instances.

Zookeeper is a coordination service. It uses ZAB for replication, which requires a quorum of servers to be up to remain available. For example, if we have 3 nodes in the ensemble, we can afford to lose up to one of them.

Managing Zookeeper is slightly trickier than managing Kafka: each Zookeeper server needs to have the entire list of server IDs and address/port combos. Any change to the set of members requires the administrator to update the configuration files across the ensemble and perform a rolling restart. We tried various solutions, and ended up using Netflix’s Exhibitor. Exhibitor is not as mature as Zookeeper and has some rough edges, but we got it to do what we wanted with a few slight modifications.

In the event of an instance failure/termination, the relevant ASG launches a replacement instance, which obtains a new identifier and adds itself to the shared configuration. The Exhibitor processes will detect the change and trigger a rolling restart across the ensemble to keep the configurations in sync. Note that Exhibitor’s polling frequency is configurable.

Currently, the Zookeeper ASGs are configured to maintain the ensemble at a fixed size; we intend to create policies that will increase the number of observers as the number of clients grows to improve read performance.

Modern Internet operations practices shrug off constraints on the uptime of any specific single server by making all servers “trashable.” Working in the cloud with on-demand instances allows us to terminate instances at the first sign of trouble, such as noisy neighbors or hardware degradation. We can even do this automatically when a server fails a health check for the service it is providing (e.g. we cannot produce and consume a message in Kafka using that server).

In an ideal deployment, humans should be paged only in extraordinary and unexpected situations. Instance termination and traffic spikes are expected, and should be handled by automation tools. This helps us focus more on throughput and overall uptime and less on diagnosing individual problems. To prevent future reoccurrences of issues, logs can be copied to S3/OSS for post-mortem analysis of the system as a whole, rather than a case-by-case examination of the nitty-gritty details.

As organizations mature and grow, they can no longer afford to handcraft and tend to each pet instance. The realities of cloud services, such as VM terminations and noisy neighbors, prod us to invest time into configuration automation and make sure that every instance is reproducible. Such discipline can be enforced by terminating instances regularly and exercising the automation scripts to prevent configuration drift, but that’s a topic for another post.